The Orange Democratic Movement (ODM) has released its political roadmap, highlighting activities that will take place ahead of the 2022 elections.

The roadmap was released yesterday by ODM Secretary General Edwin Sifuna after a two-day National Executive Committee (NEC) meeting that was attended by party leader Raila Odinga.
In the plan, some of the key activities of 2019 are immediate commencement of a massive, countrywide membership recruitment exercise that will end on December 31, reconstitution of the NEC and the party disciplinary committee and holding party grassroots elections early next year.
Sifuna announced the removal of Turkana Governor Josphat Nanok as the party vice chairman and member of the NEC for allegedly abdicating his responsibilities.

Replaced
Nanok, who a few weeks ago announced that he was supporting Deputy President William Ruto’s 2022 presidential bid, has been replaced by Loima MP Jeremiah Lomorukai.
“This decision by the NEC will be presented to the National Governing Council of the party for ratification. We have had gaps and we believe we have people ready to work with us,” Sifuna said in a statement released at the end of the retreat in Nakuru County.
Raila did not address the media but it is understood he endorsed the decision of the NEC.
The NEC resolutions were arrived at after an internal audit indicated the outfit could collapse in the absence of Raila.

Sifuna acknowledged that there were challenges, “just as all political parties have issues”, especially in the party primaries and nomination of MPs and MCAs.
He said the NEC has adopted a four-pronged approach to ensure free, fair and credible party primaries and nomination of members.
“On party primaries, we resolved that the party shall employ universal suffrage, electoral colleges, consensus and direct tickets backed by a scientific process, as the four ways of identifying candidates at each election,” Sifuna said.
The party plans to reorganise its National Elections Board (NEB) and ensure sufficient resources are allocated to enhance its capacity to deliver free and credible party elections.
The party resolved that the final party list for elected MCAs and MPs once generated shall be submitted to the NEC for ratification.

Buzeki meets delegates in bid to revamp CCM : The Standard

Buzeki meets delegates in bid to revamp CCM : The Standard 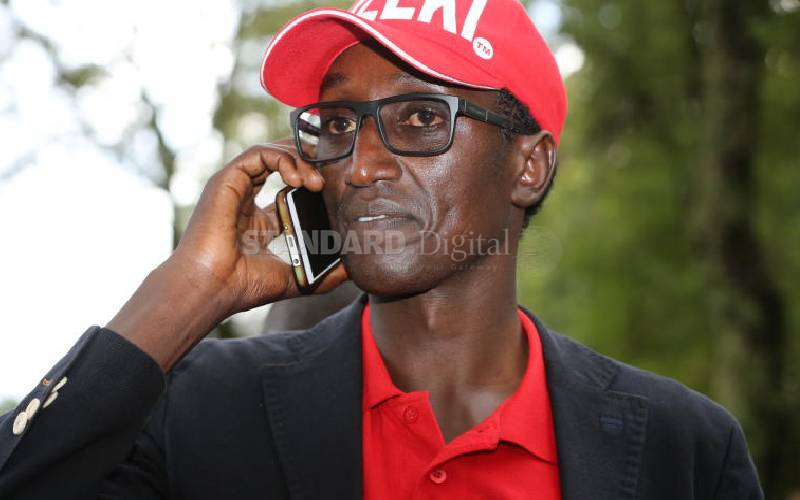 Mr Bundotich who recently joined CCM met supporters comprising of former civic leaders, retired chiefs, elders and politicians who contested for elective seats in CCM in a daylong meeting that has set tongues wagging in Deputy President William Ruto’s home turf.
The Friday meeting took place at Bundotich’s home ahead of his installation as CCM Secretary General and official opening of the party’s office in Eldoret in a ceremony that will be presided over by party leader Isaac Ruto.
Buzeki contested for the Jubilee Party ticket for the Uasin Gishu gubernatorial seat but was defeated by incumbent Governor Jackson Mandago.

Delegates in the meeting said CCM will be the political party that will be used by Rift Valley region after United Republican Party formed by DP Ruto was collapsed to form the Jubilee Party in the run-up to the 2017 General Election.
Buzeki said the party will champion unity in Rift Valley and warned a section of Jubilee politicians attempting to divide residents along tribal lines.
He warned that Tangatanga and Kieleweke faction of Jubilee Party might trigger animosity among communities and urged people to join CCM, a party that champions unity among all Kenyans.
“We want to warn those attempting to incite communities along tribal and clan lines in Uasin Gishu that we are saying no to disunity. They should focus on selling their agenda,” he said, threatening to name politicians fanning ethnic hate.
Buzeki said Jubilee Party has failed to deliver on its pledges and is already disintegrating ahead of 2022 elections.

“We elected President Uhuru Kenyatta and his deputy Ruto because they talked about improving health, roads and water supply, not Tangatanga and kieleweke. Elected leaders are now aligning themselves in the two factions as a scapegoat for their failure to deliver on their mandates,” Buzeki said.
He told President Uhuru and DP Ruto to end the squabbles that have rocked the ruling Jubilee Party, before late.