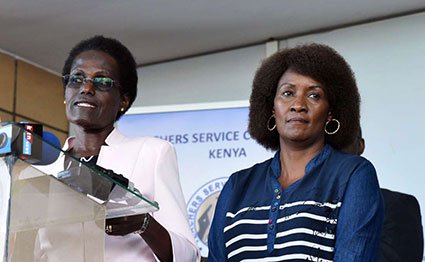 Hope for teachers as State told to spend Sh20bn on promotions

More than 20,000 teachers stand to be promoted if their employer adopts recommendations of a report by the National Assembly’s Education Committee to spend part of Sh20 billion on the exercise.The committee, in its report, regretted that thousands of teachers are not getting promotions due to frequent and unwarranted litigations by the Teachers Service Commission (TSC) and teachers’ unions.“As a committee, we met and agreed that TSC, Kenya National Union of Teachers (Knut) and Kenya Union of Post-Primary Education Teachers (Kuppet) hold a meeting and resolve this dispute over promotion of teachers,” said the committee chairman Julius Melly (Tinderet).

TSC has been allocated Sh251 billion in the next financial year starting July 1, an increase from the 2018/2019 budget of Sh225 billion.The committee observed that it was wrong to punish teachers who deserve promotions and that the promotions would determine their retirement package.
The TSC, in its 2019-2023 strategic plan, acknowledged that thousands of teachers had stagnated in their current positions for years due to lack of funds and limited opportunities for upward mobility.The commission stated that limitations on budgetary provisions for the last five years had limited opportunities for teacher promotion, a situation it said had led to a demotivated teaching force and a high turnover in some teaching areas, creating general instability in the provision of teaching services.

Teachers unions have been pushing for the promotion of teachers who have acquired higher academic qualification since 2014.Data from TSC indicates that a total of 54,702 teachers have upgraded their education and acquired new academic papers and are seeking promotions.However, Knut secretary Wilson Sossion insisted that all the 54,000 teachers should be promoted saying they have stagnated in their current positions for far too long.“Teachers who deserve promotions ought to be moved and it is not a favour we are asking for,” said Mr Sossion.The commission has since indicated that it will be putting up advertisements for a competitive promotion of teachers.

According to TSC, during the 2015 to 2018 period, 11,177 teachers were promoted competitively through advertised posts.“These were teachers promoted from Job groups K to R, in addition to 35,887 teachers upgraded through the common cadre provision. During the period under review, the Commission, in conjunction with the Salaries and Remuneration Commission (SRC), conducted a job evaluation exercise for the teaching service that informed the implementation of Collective Bargaining Agreements (CBAs) with teachers’ unions,” reads the strategic plan.

Subsequently, the commission reviewed the existing schemes of service and adopted career progression guidelines for the teaching service.The commission and Knut are already in court over the promotion of teachers. TSC argues that the demand by Knut that teachers be promoted based on attainment of higher qualification as the only criteria is contrary to the code of regulations for teachers.

The TSC chief executive officer, Nancy Macharia, in a memorandum says promotion is guided by merit and ability as reflected in the teachers’ work, performance and results, seniority and experience as set out in the scheme of service, existence of a vacancy, academic and professional qualification and any other criteria the commission may consider relevant.She says attainment of higher qualification is not the only factor as alleged by Knut and insists that demand by the union for the promotion of teachers based on higher qualification alone is not tenable as the same is contrary to the requirements of the CBA signed by parties.However, Knut in its memorandum, says it is not seeking promotion of teachers only based on higher qualifications only but promotions on the basis of what the law, regulations and the practice has as policies.“The CORT has not been amended nor repealed and cannot be repealed or amended by a policy document. Its recognition and adoption of scheme of service is anchored and protected in law,” says Knut in a memorandum signed by Mr Sossion.

Al-Shabaab’s policies lead some Somali women to support the organisation politically and in some cases to play key military roles, a new study indicates. The group’s “brutal insurgency” is generally oppressive to women but can also provide them with important benefits, particularly by punishing gender-based violence and by upholding women’s rights under Islamic family law, says the analysis by the International Crisis Group (ICG). Women in turn play key roles in Shabaab’s armed campaign, the Brussels-based NGO notes.“Their roles range from simply marrying into the group, to actively recruiting and proselytising, gathering intelligence, smuggling weapons and raising funds,” the briefing states.Somali officials do not perceive women as potential threats and consequently do little to prevent female members of Shabaab from transporting explosives through checkpoints, ICG adds.

But Shabaab does not take advantage of such security lapses by using women as suicide bombers, nor does it allow females to participate directly in combat. Al-Shabaab’s policies in these regards contrast sharply with those of Boko Haram. That Islamist force in northeastern Nigeria regularly assigns women and girls to carry out suicide attacks, but in Shabaab’s case, females have accounted for less than five percent of such operations since 2006, the study says. In parts of Somalia it controls, Shabaab offers women and girls a “hardly complete, but still appreciable” degree of physical safety, ICG observes.

Decades of lawlessness in Somalia have made women highly vulnerable to sexual violence. In parts of the country where it can enforce its version of justice, Shabaab punishes rapists and sometimes intervenes on behalf of women in cases of domestic violence, the briefing says.“Through its courts,” ICG adds, “Al-Shabaab upholds tenets of Islamic family law that, to some degree, protect women’s rights in matters such as divorce and inheritance in a manner the official justice system does not.”Shabaab’s enforcement of these tenets ensures that women can receive a refund of the dowry in cases of divorce or shares of an inheritance, the study points out.“The even-handedness of Al-Shabaab’s judicial mechanisms should not be overstated, with women sometimes suffering cruel punishments on charges that reflect the group’s patriarchal ethos,” ICG cautions.

It cites reports of Shabaab’s stoning to death of women accused of adultery.“But with no state institution in many areas, Al-Shabaab’s courts offer women the sole means of getting their just due from ex-husbands or male relatives.”And while women and girls may be forced into marrying militants, “for some families marrying daughters into Al-Shabaab may bring a degree of financial stability,” ICG notes.Some of the women involved in Al-Shabaab recruit other women. Wives of senior Shabaab members go door-to-door in south-central Somali villages to cultivate support for the group’s values and aims. These female proselytisers also encourage women who have married fighters to become active in Shabaab’s campaign, the briefing states. 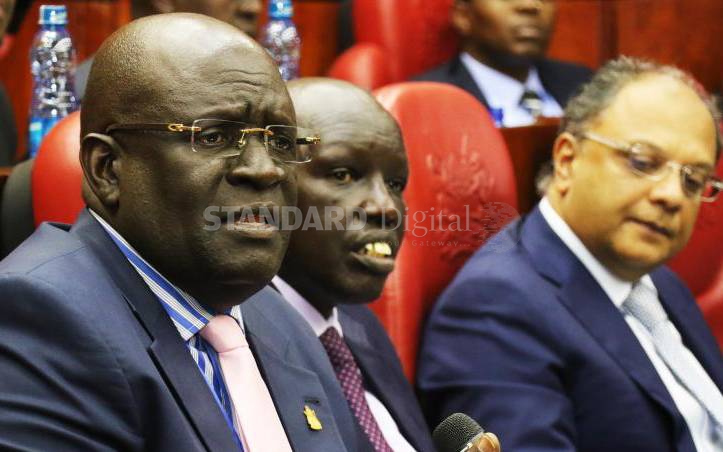 The MPs said thousands of candidates are unable to apply for employment without the document, with many others resorting to unskilled jobs to eke out a living.
But Prof Magoha told the National Assembly Education Committee that only needy cases would be considered, adding that the rest should pay up or be listed with Credit Reference Bureaus (CRBs).
Magoha said many owners of the held certificates were capable of paying off their arrears. Some, he noted, were business people and prominent members of society.

“If you are a teacher and you have never gone back to pay your fees arrears, then you should be reported to the CRB and get blacklisted.
“We shall find a way of identifying the needy cases so that schools can release the certificates. But there is a sizeable number that can pay,” Magoha said.
Secondary school heads yesterday said that institutions are owed over Sh20 billion by former students.
Broke schools
MPs heard that schools were weighed down by huge debts. “Many suppliers are not paid because schools are broke due to the many arrears. Schools need the balances yet students have left. This must be addressed even if it means waiving the arrears,” said Kilome MP Thaddeus Nzambia.

Matayos MP Geoffrey Odanga told Magoha that Education officials were being dishonest on the matter.
“They are not telling you the truth. There are many certificates held in schools, with some dating back to the 1970s. Their owners have no use for them and will never pay,” Mr Odanga said.
Teachers Service Commission (TSC) Chief Executive Officer Nancy Macharia already issued a directive to all school heads to release the certificates.
“TSC county directors are further directed to forward to the commission headquarters reports on compliance by March 7,” Mrs Macharia said in a circular to TSC county directors and heads of primary and secondary schools.
But months after the directive was issued, schools are yet to release the certificates.

Emuhaya MP Omboko Milemba asked Magoha to consider paying the bills owed to schools, citing a recent meeting with Kenya Secondary School Heads Association (Kessha) members who opposed the TSC directive.
“We met Kessha leaders and they said they will not release the certificates until payments are done. How will you protect poor parents who are unable to collect the papers?” said Mr Milemba, who is also the chairman of the Kenya Union of Post-Primary Education Teachers.
Nominated MP Wilson Sossion, who is the Secretary General of the Kenya National Union of Teachers, called for the suspension of the policy that allows school heads to withhold certificates. He also questioned how the ministry would be able to differentiate between needy cases and those who could pay.
“How will you know parents who can pay fees and those who cannot pay? It is a tall order. Go back and protect schools because paying fees is an obligation,” said Mr Sossion.
Deputy President William Ruto has in the past ordered schools to release the certificates.